This four-year project (October 2020 – September 2024) was submitted to the Swiss National Science Foundation in 2014 and again in 2019, the year when it was finally approved. Thanks to this activity, two Ph.Ds. students were fully funded for the whole study’s duration, as well as one post-doc researcher (1 year) and one research assistant (2 years).

The core research team includes four members of the Institute of Media and Journalism at USI, in collaboration with national and international collaborators:

Our project examines the origins of the World Wide Web, addressing the central actors, motivating ideas, and institutional dynamics behind its development, as well as the broader forces responsible for its popularization. It focuses on how the Web was conceptualized, described, and promoted — within and beyond CERN — during a critical growth period. We look forward to presenting this work at conferences, peer-reviewed papers, and doctoral dissertations.

Our project is organized around the following questions:

Our sources primarily include archival materials from the CERN archive: internal memoranda, flyers, ephemera, demos, diagrams, proposals, reports, handwritten notes, and miscellaneous documents produced between 1989 and 1993. This material offers unique insight into the institutional dynamics behind the development of the Web.

We also examine newspapers and magazines from this period to understand how popular and specialized media portrayed the Web around the world. Rounding out our corpus is a series of interviews with individuals who played important roles at CERN during this time. 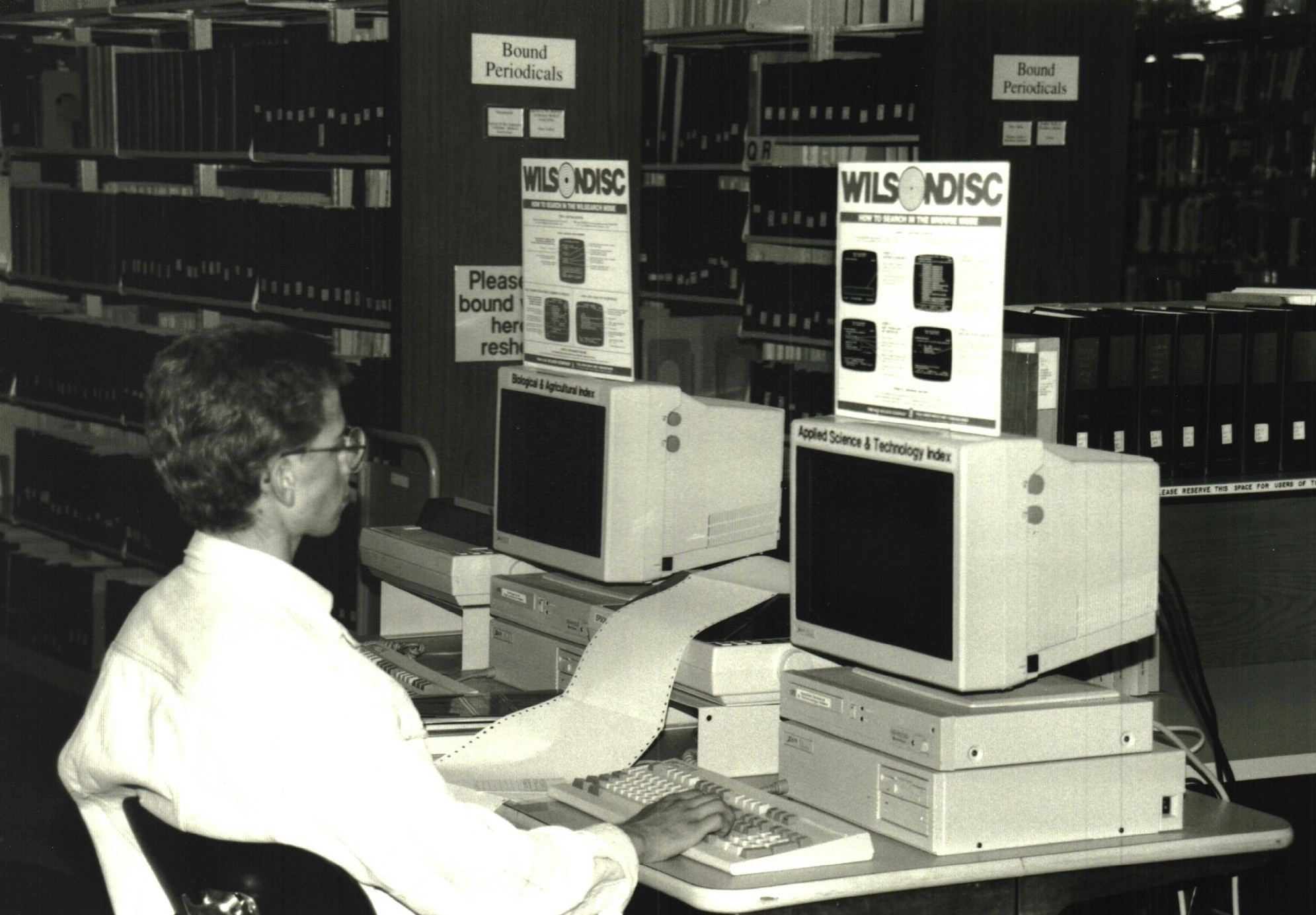 Hypertext systems have their roots in libraries, which turned to computers in the 1980s to grapple with the problem of organizing and indexing information. Image by Hartness Library | Creative Commons.

State of the Project